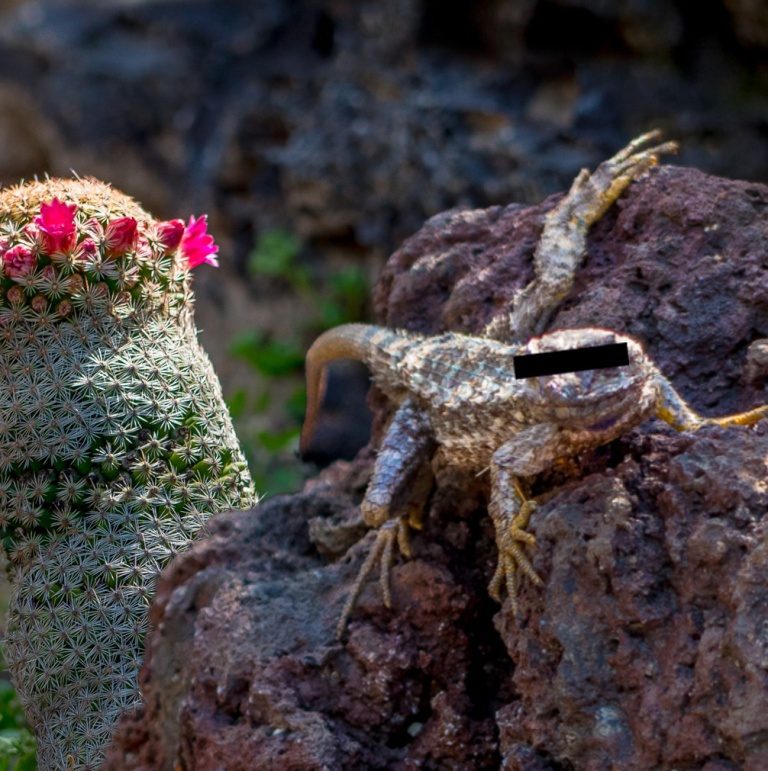 Identity concealed to protect the innocent. Not the actual perpetrator lizard.

Yesterday I had to laugh at myself—In fact I’m still laughing! I was walking up to my back patio where we had just cleared the dirt and prepared to pour cement- it was all fresh and visible and I saw a little lizard about 10” long dashing along under the ledge in plain sight. I immediately thought, “I should try to catch him!” Only God knows why such a silly thought would run through my head like that but it did! I also thought, “Well, I can’t grab his tail, because he will drop it, so I should grab his middle and he will surely whip around and bite me, but he doesn’t really have teeth, so it won’t really hurt, so yeah, let’s see if I can!” [such a silly girl] J

So I walked closer and began to squat down and he didn’t move! So I reached for him before he changed his mind! I quickly grabbed him behind the front legs where you should properly grab a lizard and he instantly whipped his little head around and BIT ME!! (surprise!) LOL

OK, I knew that was coming, but my reflex was a short yelp and I snatched back my hand like any smart person being bit by a reptile, and, Dang, he got away!! Hahaha…… I literally laughed out loud at myself! What on earth possessed me to DO that? I haven’t caught a lizard for probably 40 years! I haven’t even wanted to or thought about catching a lizard in that long!  It still cracks me up!

In fact, at dinner with the family I was proudly showing off the roughed-up skin on my ring finger where he had brutally sunk his 1/64th inch teeth into me! Everyone was intently trying to see the wound that was barely a thin layer of peeled up skin—two little scuffs, not even pink, much less bloody!

We all got a good laugh and especially me. I don’t even know why it cracks me up so much! But today I’m attempting a new project and it occurred to me that when I have an idea and then I wisely consider and count the cost and then step out and take action—all that is good. However, if I don’t steel my nerves and prepare mentally for the onslaught, I could easily be derailed by reflex! It is the natural knee-jerk reaction that so naturally happens when we are attacked!

We have to PLAN and visualize how we are going to Hang On Tightly to the prize [or plan or feat] so we don’t let it slip away in our first moment of success! Otherwise, all we have to show for it is our pathetic scuffs and dramatic stories of “the Lizard who got away”.